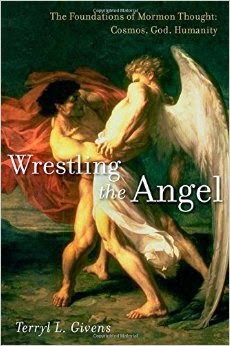 I've been reading Terryl Givens' latest book Wrestling the Angel, in which he dedicates a chapter to Joseph Smith's meaning of Restoration:

Smith believed himself to be an oracle of God, subject to moments of heavenly encounter and the pure flow of inspiration. But he also was insatiably eclectic in his borrowings and adaptations, with an adventuresome mind, prone to speculation and fully comfortable with the trial and error of intellectual effort.[1]

But Smith's "task would involve neither simple innovation nor ex nihilo oracular pronouncements upon lost doctrines alone, but also the salvaging, collecting, and assimilating of much that was mislaid, obscured, or neglected."[2] Whenever Smith found value in an array of sources (such as Masonry), he

modified and recontextualized what he had found. His expressed theological rationale seems exactly modeled on Augustine's gloss of the Old Testament story of the spoiling of the Egyptians. On the night of their exodus, the children of Israel "appropriate to themselves" their enslavers' riches, "designing them for a better use." Just so, Augustine argued, the "heathen" have truths which, like gold and silver, they are "perversely and unlawfully prostituting to the worship of devils." It is the task of the Christians to "take them away from them, and to devote their proper use in preaching the gospel."[3]

This project could be expanded to incorporate everyday activities and resources. This is the concept of sacralizing the mundane: the gold and silver of the everyday are reoriented--consecrated--to their "proper use" in serving God and man. Perhaps "restoration" goes even further than mere Christianity.