According to business professor Raj Sisodia, business is:


But in order to remain such, business must evolve. Sisodia suggests a new model of "conscious capitalism" based on the following four tenets:[1]

I plan on working some of this into my upcoming paper for the Faith & Knowledge Conference.

My proposal for the 2015 Faith & Knowledge Conference at the University of Virginia was accepted. 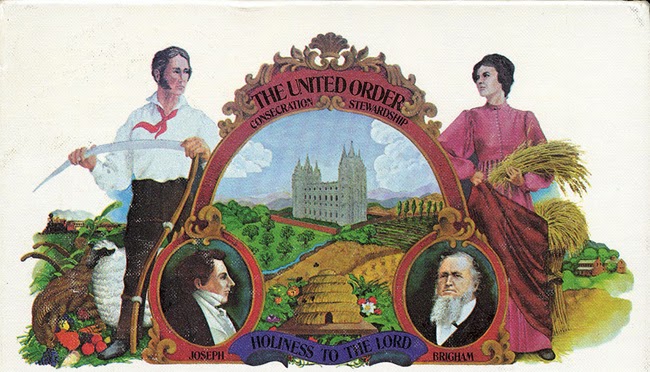 Title: “Labour…Is Their Religion”: Toward a Mormon Theology of Work

Abstract: Despite the Platonic ideal, ordinary people do not spend the majority of their time in the act of deep contemplation. Instead, they are performing the seemingly menial tasks of daily life. This largely consists of one’s form of employment. Finding meaning in the lone and dreary world of day-to-day work has been a point of increasing interest among management experts and organizational theorists. Their findings yield fruitful insights, especially given that one of Mormonism’s earliest forms of consecration was a business organization known as the United Firm. The “inspired fictionalization” of the United Firm revelations is an early example of Joseph Smith’s cosmological monism, transforming a business entity into the ancient “order of Enoch.” This sacralization of the mundane was further elaborated by Brigham Young and recognized by non-Mormons as an oddity of the Utahns. The metaphysical overlap of the temporal and spiritual realms can influence the way modern Mormons conduct their business, inspire “Zion-building” within organizations, and pave the way for a Mormon theology of work.
Posted by Walker Wright No comments:

[W]hen we think about labor, we usually think about motivation and payment as the same thing, but the reality is that we should probably add all kinds of things to it -- meaning, creation, challenges, ownership, identity, pride, etc. And the good news is that if we added all of those components and thought about them, how do we create our own meaning, pride, motivation, and how do we do it in our workplace and for the employees, I think we could get people to both be more productive and happier.[1]

So says behavioral economist Dan Ariely in his 2012 TED talk above. The concept of creation and challenge being a part of meaning and purpose is very similar to the idea of eternal progression, especially its later incarnation found in the writings of B.H. Roberts and John Widtsoe. Part of human well-being, happiness, and flourishing comes from our ability to create value in our lives and the lives of others. And it demonstrates why work is so important.