Thomas Carlyle and the "Perennial Nobleness" of Work

The Scottish essayist Thomas Carlyle[1] was not a fan of America, seeing it as "unrefined, even raw" and lacking in anything of greatness.[2] However, one exception to his disdain was that of "Joseph Smith's [unnamed] successor" (Brigham Young), who seemed to possess the qualities of  Carlyle's "Great Man,"[3] according to his "Draft Essay on the Mormons." Carlyle saw Young among great "men who had struggled with belief and, having resolved to some degree their personal spiritual conflicts, lived lives of usefulness, activity, and leadership."[4] Carlyle was particularly impressed by how this "Great Man" governed the Saints, largely because work was at the heart of Mormonism:

Mormons thrive because they work, are led by a "great man" who values work, and therefore experience success in their efforts. Carlyle's Calvinist upbringing saw these as natural connections...Ian Campbell reminds readers that in the Seceder Church of Ecclefechan where Carlyle's father attended, "work was put before the worshippers as the ultimate end of life." Carlyle sought some form of firm ethics without dogmatism that could be applied to practical problems and above all would imbue "a religious obligation to work." John M. Ulrich writes that Carlyle sought to renew society spiritually by calling for "a religious view of work." [Carlyle's] "Draft Essay on the Mormons" is a part of his attempt to show how work can sanctify society.[5]

In chapter 11 of his Past and Present, Carlyle describes the "perennial nobleness, and even sacredness, in Work." For him, "the latest Gospel in this world is, Know they work and do it." Work was the means of "knowing thyself." "A man perfects himself by working," he wrote, for work is a "purifying fire"; a "life-purpose":

Labour is Life: from the inmost heart of the Worker rises his god-given Force, the sacred celestial Life-essence breathed into him by Almighty God; from his inmost heart awakens him to all nobleness,--to all knowledge, 'self-knowledge' and much else, so soon as Work fitly begins. Knowledge? The knowledge that will hold good in working, cleave thou to that; for Nature herself accredits that, says Yea to that. Properly thou hast no other knowledge but what thou hast got by working: the rest is yet all a hypothesis of knowledge; a thing to be argued of in schools, a thing floating in the clouds, in endless logic-vortices, till we try it and fix it. 'Doubt, of whatever kind, can be ended by Action alone.'

It is in the act of labor that "the whole soul of a man is composed into a kind of real harmony." For work "is of a religious nature...a brave nature; which it is the aim of all religion to be." In an 1842 letter, Carlyle wrote,

I wish all men knew and saw in very truth, as Emerson does, the everlasting worth, dignity, and blessedness of work...For myself, I feel daily more and more what a truth there is in the old saying of the monks, Laborare est orare [to work is to pray]. I find really that a man cannot make a pair of shoes rightly unless he do it in a devout manner...all work properly so called is an appeal from the Seen to the Unseen--a devout calling upon Higher Powers...[6]

That same year, he wrote another letter declaring that

there is but one man...who is worthy of respect in this world: he that can work at something. The old Monks had a proverb, "Laborare est orare, To work is to pray"; the meaning of which goes far deeper than they perhaps were aware of. He that works well and nobly, not as a slave for mere money-hire, but as a man withal and in the spirit of a man, he, if any, is in real communication with his Unseen Author, making a perpetual pious appeal to the Invisible Powers of this Universe,--which respond to him, if he is faithful. You cannot raise wheat, if you have no virtue, no heroism at all: how much less teach men, conquer men, teach or conquer yourself!

The Mormons ability to "endur[e] the extreme conditions and coloniz[e] desolate regions of the American West"[7] obviously appealed to Carlyle's views of work. His "Draft Essay on the Mormons" is "nearly devoid of theological examinations; instead, it emphasizes the practical results of the religion and expresses approbation for the Church's leadership and the kind of action-oriented belief and obedience it inspires in its members."[8] It seems that Mormons in Carlyle's mind were properly living "the gospel of work."

6. Carlyle was quite extreme, calling for the termination of "Fox-hunting, Almacking, Corn-lawing, and a variety of other things" that didn't qualify as work. He also thought "that no man is ever paid for his real work, or should ever expect or demand angrily to be paid..."

I get up at seven, yeah
And I go to work at nine
I got no time for livin'
Yes, I'm workin' all the time
...I guess that's why they call me
They call me the working man

In an 1868 volume of The Union Review, there is a review of William Hepworth Dixon's New America with a rather large section devoted to the portion about Mormonism. The comments are similar to that of The Edinburgh Review I covered in my last post:

But Mormon life is not a life of ease and pleasure; on the contrary, it is essentially a life of labour and toil; nay, we may say that hand-labour is the essence of every-day religion; with them is far more realised the old saying, laborare est orare [to work is to pray], then anywhere else. The following is a part of a "sermon" preached by [Brigham] Young to a band of newly-arrived emigrants:

"Brothers and sisters in the Lord Jesus Christ, you have been chosen from the world by God...You are faint and weary from your march. Rest, then, for a day; for a second day, should you need it; then rise up, and see how you will live. Don't bother yourselves much about your religious duties...Look about this valley into which you have been called. Your first duty is to learn how to grow a cabbage; and along with this cabbage, an onion, a tomato, and a sweet potato; then how to feed a pig, to build a house, to plant a garden, to rear cattle, and to bake bread; in a word, your first duty is to live. The next duty--for those who, being Danes, French, and Swiss, cannot speak it now--is to learn English; the language of God, the language of the Book of Mormon, the language of these Latter Days. These things you must do first; the rest will be added to your in proper seasons. God bless you; and the peace of our Lord Jesus Christ be with you."---Page 210.

Labour, in fact, is their religion; they have a creed, it is true, and they have their peculiar doctrines; but the cultivating the land, building of houses, and making the land profitable and their homes comfortable, is the real religion of the Mormons. Without such a religion...life would be impossible in the Salt Lake Valley.[1]

Building a literal Zion means literal work. Therefore, the work is elevated to the same heavenly heights as Zion itself.

In the May 1854 issue of the journal The Leisure Hour, there is a scathing article on Mormonism, describing it as the  the "foremost" among the "social or religious impostors" of the day.[1] Drawing on a recent depiction of Salt Lake, the article bemoans "the grossly secular and sensuous character of Mormon worship."[2] This relied heavily on an April 1854 report in The Edinburgh Review, which noted the following:

But the most remarkable feature in the practical working of Mormonism, considered as a Religion, is the almost entire absence of the devotional element...All is 'of the earth, earthy.' One of the ablest writers against Christianity has lately stated it as his chief objection to the Christian System, that it discourages the love of earthly things, and requires its votaries to set their affections on things above. He proposes to amend the precept of Saint John, ---'Love not the world, neither the things that are in the world; the lust of the flesh, the lust of the eyes, and the pride of life,' by simply leaving out the word not. Mormonism seems exactly to realise the ideal of this distinguished controversialist...[3]

Neither of these descriptions are exactly flattering, but both capture something significant about early Mormonism: the religious nature of work. The review continues: "The Gospel which they proclaim consists of directions for emigration, instructions for the setting up of machinery, the management of iron-works, the manufacture of nails, the spinning of cotton-yarn, and the breeding of stock. The same undevotional aspect is exhibited by their public worship, at least in Utah."[4] This "grossly secular" form of practical religion seems to have been something of a surprise to its outside observers. It's overly "earthy" nature was off-putting. 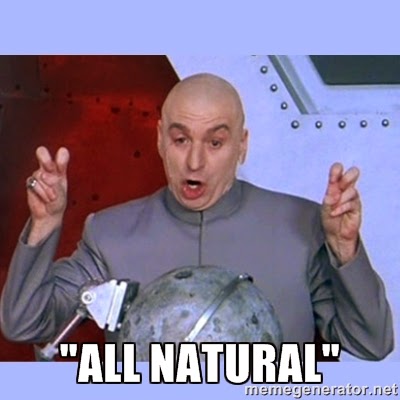 In its description of the Mormon worship service, the review mentions

a discussion, in which any one may speak. This part of the service is usually a conversation on local business, like that in an English vestry meeting. The sermon follows; but even that is not confined to religious exhortation, but embraces such questions as the discipline of the Legion, the Californian gold-digging, and the politics of the Territory. The most curious specimen of these discourses which we have discovered is the following, which we take from the official report:

"Elder George Smith was called upon to preach an iron sermon. He rose, and took into the stand [pulpit] one of the fire-irons [the first productions of the Utah founderies]. Holding the same over his head, he cried out "Stereotype edition," and descended amid the cheers of the saints. The choir then sung the doxology, and the benediction was pronounced by Lorenzo Snow." (XV. 492.)

This kind of religious service would satisfy the aspirations of [Thomas] Carlyle himself, whose rather lengthy sermons on the text laborare est orare [to work is to pray], are thus condensed into pantomime by 'Elder George Smith.'[5]

Even early outsiders noticed what Terryl Givens calls the "collapse of sacred distance" in Mormonism.