The following video is my co-author Allen Hansen presenting our paper "Worship Through Corporeality: Mormonism, Hasidism, and Management" at the 2014 Conference of the Mormon Transhumanist Association. We probably should have trimmed it some for the 15 minute slot (he had to summarize the concluding management aspect for the sake of time), but we're nonetheless excited that we had the opportunity to present our work.

Summary: Despite the Platonic ideal, people do not spend the majority of their time in the act of deep contemplation. Instead, they are performing the seemingly menial tasks of daily life. This largely consists of one’s form of employment. Finding meaning in the lone and dreary world of day-to-day work has been a point of increasing interest among management experts and organizational theorists. Their findings yield fruitful insights into this area of Mormonism. Our paper discusses how the positive psychology underlying concepts of flow, mastery, engagement, and progress provides a powerful lens through which to realistically view human progression towards Zion and eventual divinization. Since we argue that engaging the heavenly means engaging the earthly, we also present a historical background and a theological approach drawn from early Mormonism and Hasidic Judaism. In building the Kingdom of God, Brigham Young continued along the path set by Joseph Smith whose theology collapsed the traditional distance between the sacred and the secular. The kingdom’s ideal was modeled on the prophet Enoch and the city of Zion. It encompassed both ritual behavior like prayer, and such practical acts as farming and construction work. In Hasidism, Enoch lore also played a vital, foundational role in the development of worship through corporeality: a doctrine teaching that mundane acts can be sanctified and transformed, thereby influencing for the better cosmic processes in the divine. This type of worship, we argue, affects the way Mormons should understand eternal progression, including the important stage of becoming Zion- a godlike community.


We hope to publish a version of the paper in the near future. It is more-or-less an abridged version of three different blog posts:

WWE - "Terryl & Fiona Givens and the Use and Abuse of Reason"


I was reminded of Antonio Damasio's work during Terryl and Fiona Givens' presentation at the Miller Eccles Study Group this last January. The presentation was based on their upcoming book The Crucible of Doubt, which should be out this fall. Over at Worlds Without End, I wrote up a brief overview of the presentation with a few added insights from psychology and neuroscience (I'm a little late on the link, but better late than never). Emotions are not mere hindrances to cold-calculated reason and our evolution into the Vulcan race, but in fact make reason and decision-making possible. Furthermore, they make us fully human, the very social creatures we are. "Love alone," write the Givenses in their new book, "reveals the full reality and value of the other person." An important development in the last couple decades is the recognition of emotions and social skills as forms of intelligence. We should remember that when discussing the "warm fuzzies" that supposedly come along with religion.*

SquareTwo: "No Poor Among Them"


Over the weekend, Nathaniel and I had an article published in the online journal SquareTwo titled "'No Poor Among Them': Global Poverty, Free Markets, and the 'Fourfold' Mission." SquareTwo is more-or-less a Mormon version of the broadly Catholic First Things, focusing on the intersection of faith ("square one") and politics. Our article discusses Mormonism's concern for the poor and the recent addition to the "threefold mission" of the LDS Church: "to care for the poor and needy." The main thrust of the paper is that global capitalism has reduced extreme poverty and inequality worldwide. For those concerned about global poverty, free markets have a rather impressive track record. One of the most consistent themes throughout the scriptures is our moral obligation toward the poor (Sodom's sin has more to do with this than homosexuality). It is because I feel strongly about improving the well-being of the least well off that I support global markets. In other words, I think capitalism can be a great force for social justice.

My own writing practices are the direct opposite of that followed by...prolific and renowned writers. I write only when I have something to say. The big disadvantage of this is that it can mean a lot of down time. There are manuscripts of mine that sat around gathering dust for years without a word being added to them.


Thomas Sowell was one of the first major authors and intellectuals I began to read after my mission who wrote about something other than Mormon history, apologetics, or biblical studies. I became a regular reader of his columns and eventually picked up his book Applied Economics: Thinking Beyond Stage One, which was incredibly influential for me and began my long-term love affair with economics.[1] Being a college undergrad and a blogging beginner, I started to take Sowell's writing formula to heart. I eventually scrapped my first blog and began again with The Slow Hunch.[2] Waiting to "have something to say" became my modus operandi, leading to an average of about 2-3 posts a month.[3] While I'm more-or-less content with what I've written, I've noticed that forced "deep thoughts" end up sounding like Jack Handey. I have numerous "pending" blog posts just waiting for that extra special something to make it "worthwhile." Unfortunately, this leaves me with a dormant blog, no readers, and either writer's block or largely unsatisfying posts that I agonize over for hours or days. What's even more pathetic on my part is that Sowell was talking about books, not blogs. He is putting together 500-page manuscripts, not 500-word blog posts. 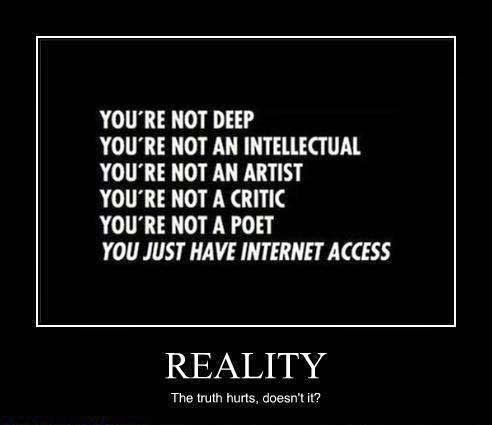 So, I've decided to take the advice of blogger and journalist Megan McArdle: "Blog early and often; volume matters. Don't think; do. Whatever you plan to do with your blog, you will change once you've started and seen how the web reacts to your work. So just start blogging, blog frequently, and modify what you do based on what works for you and your readers." I've also been blogging at two other locations by invitation: Worlds Without End: A Mormon Studies Roundtable and Difficult Run (links can also be found on the sidebar). I'm trying to nudge all my predominantly Mormon-related material toward WWE. My need for the "perfect piece" in a post has dwindled some due to my blogging at DR, which consists chiefly of me opining briefly on recent articles and news (with the occasional longer essay). It has certainly led to more frequent posting over there. This is probably a good thing. Studies of "the writing habits of young professors" have shown that "page-a-day folks" tend to get tenure, while "binge writers" do "far less well...The clear implication was that the best advice for young writers and aspiring professors is: Write every day. Use your self-control to form a daily habit, and you'll produce more with less effort in the long run."[4] I will continue linking to my WWE posts, which I'm actually behind on (I've written three since the one in November). I will begin linking to my longer DR essays along with any other outside publications.

As for The Slow Hunch, what are the plans for its direction? While I still hold the privilege of writing about anything I like, I hope to focus my posts on the theme of "worship through corporeality." While this is a theological concept, it is rooted in day-to-day activities. With management being my educational background, I hope to merge my love of theology and business. This won't be a completely new direction (nor a contradictory one). Multiple posts across all three blogs have addressed this topic, both implicitly and explicitly:


Nathaniel Givens even wrote a post at Times & Seasons titled "The Marriage of Heaven and Hell: Business and Theology," which was dedicated to several of the posts above. My co-author Allen Hansen and I reworked our WWE posts into a paper titled "Worship Through Corporeality: Mormonism, Hasidism, and Management," which was presented at the 2014 Conference of the Mormon Transhumanist Association.

I believe this could be a fruitful endeavor. And instead of trying to have a grand theory of everything in a single post, I can try to live up to my blog's name with each one.

1. I've since read a fair number of his books, including Intellectuals and Society, Economic Facts and Fallacies, A Conflict of Visions, etc.

2. My first blog was titled Didn't Major in Journalism...So I Took Up Blogging.

3. The only reason it averages out to this amount is because Oct.-Nov. 2012 had a huge bump in posts due to my James Bond series leading up to the release of Skyfall, while July 2013 was just an anomaly with 11 posts. I pretty much only wrote one post a month all of 2012.