This would've helped me with my current statistics course.

Then again, given how I was in high school, maybe it wouldn't have.
Posted by Walker Wright No comments:

The Spring semester has finally reared its ugly head. Due to my tendency to be easily distracted from my schoolwork, my blog posts will likely become more sporadic than they already are over the next few months. As all three readers of my blog probably know, I'm working on my MBA in Strategic Management at UNT. Some reports make me wonder why I'm pursuing it in the first place, while others give me hope. If I'm lucky, my modest work experience combined with my newly-minted MBA will translate into the 20% return that research has found. As for the actual education, I've already written about the state of business education and my views on it (the humanities aren't much better). Given that 42% of college students never read another book after they graduate, it makes me wonder if Will Hunting was right.

Despite my slight pessimism, I'm hoping that the following weeks will be an exercise in willpower and focus and thus play a small role in the development of grit: the "perseverance and passion for long-term goals. Grit entails working strenuously toward challenges, maintaining effort and interest over years despite failure, adversity, and plateaus in progress. The gritty individual approaches achievement as a marathon; his or her advantage is stamina. Whereas disappointment or boredom signals to others that it is time to change trajectory and cut losses, the gritty individual stays the course."[1] Unfortunately, I am one to get bored (and not in the "Einstein-got-bad-grades" kind of way).

What is fascinating is that grit trumps IQ and other various traits when it comes to success. Therefore, I think we could all use a little more of it.


So, I'm going to make a feeble attempt to develop this trait (perhaps as a likely ill-fated New Year's resolution) and focus my energies (mostly) on school. Wish me luck. 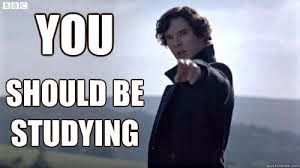 A November post at By Common Consent made the following observation:

Frankly, telling an eleven-year-old sex slave or a Congolese child soldier about Jesus will do nothing for them in their current situation, their current situation being far more critical than a post-life salvation, which surely they are guaranteed in their current circumstances anyhow. Further, in societies without any semblance of social justice, Jesus means nothing—except for the hope of peace in a post-apocalyptic world, and I truly hope Mormonism offers more tangible, practicle [sic] outcomes than this. Jesus, in many ways, is social justice manifest, alleviating the needs of the poor and down trodden and elevating the outcasts of society...Lastly, the reality is, duty or no, we are not capable of taking the gospel of Jesus to the far corners of the earth. However we are capable of doing more to help those that live in hell. As long as Satan rages in the hearts of men, it is only the hearts and minds of men that can fix it. 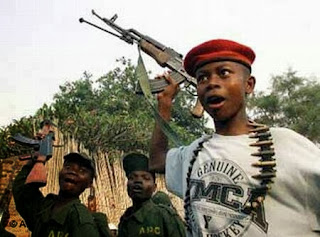 The post was based on Elder Christofferson's Conference address "Redemption," which stated that "our greatest redemptive service will be to lead [people] to Christ. Without His Redemption from death and from sin, we have only a gospel of social justice." I've written about Christofferson's talk before, stressing the social justice aspect. However, the BCC post's separation of "social justice manifest" in this world and "post-life salvation" in the next seems to ignore Mormon metaphysics as much as those who worry more about "the hope of peace in a post-apocalyptic world." However, I think it is worth reviewing the outlook of the ancient world and how Christianity revolutionized its understanding of mankind. As Eastern Orthodox philosopher David B. Hart explains,

The average person [in the ancient world] had every reason to assume that all the familiar institutions and traditions of his or her world were more or less immutable, and imbued with a quality of divine or cosmic necessity...There was really, therefore, no such thing as history, though there might be annals, oral or written, recounting certain predictable fluctuations in earthly fortune...There was of course a sense of time and time past, but no concept of the future as a realm of as yet unrealized possibilities; there was only the prospect of the present, or of something only inconsequentially different, more or less interminably repeated.[1]

Christianity instead "produced a vision of this world as the gratuitous gift of divine love, good in itself...an internally coherent reality that by its very autonomy gives eloquent witness to the beauty and power of the God who made it...The absolute partition between temporal and eternal truth had been not only breached but annihilated."[2] The salvation in and through Christ made every human personality "capable of exceeding even its own nature in order to embrace another, ever more glorious nature. This immense dignity--this infinite capacity--inheres in every person, no matter what circumstances might for now seem to limit him or her to one destiny or another. No previous Western vision of the human being remotely resembles this one, and no other so fruitfully succeeded in embracing at once the entire range of finite human nature, in all the intricacy of its inner and outer dimensions, while simultaneously affirming the transcendent possibility and strange grandeur present within each person."[3] Christianity "provided an unimaginably exalted picture of the human person--made in the divine image and destined to partake of the divine nature...In short, the rise of Christianity produced consequences so immense that it can almost be said to have begun the world anew: to have "invented" the human, to have bequeathed us our most basic concept of nature, to have determined our vision of the cosmos and our place in it, and to have shaped all of us...in the deepest reaches of consciousness."[4] That people are "not only something of worth but indeed something potentially godlike, to be cherished and adored, is the rarest and most ennoblingly unrealistic capacity ever bred within human souls."[5] Such a change in human dignity can be seen in the Gospels' description of Peter, a Galilean peasant, weeping over Jesus, which would "have seemed an aesthetic mistake" to its audience and more at home in the "comic literature" of the day (such as "the self-pitying expostulations of a witless peon"). Thus, the inclusion was "not merely a violation of good taste," but "an act of rebellion."[6] The ancients would have been scandalized by "the bizarre prodigality with which the early Christians were willing to grant fully humanity to persons of every class and condition, and of either sex."[7] In the case of Christ's resurrection, God "entirely reverses [the] judgment" of "his alleged earthly representatives...and in fact vindicates and restores to life the very man they have "justly" condemned in the interest of public tranquility. This is an astonishing realignment of every perspective, an epochal reversal of all values, a rebellion against reality."[8]


This worldview should obviously encourage action on behalf of our fellow brothers and sisters who are suffering. This is beyond dispute. But to be the victim of abuse and tragedy is to often have one's feelings of dignity and self-worth stripped. It is not merely a future peace or salvation that is being taught when one preaches Jesus: it is an identity; a recognition that "the worth of souls" (including one's own) "is great in the sight of God" (D&C 18:10). For people who are used to hearing this in their churches or (in secular form) their legal systems or politics, this may seem trivial. For one that has known nothing but the evils of existence, it is a profound revelation. And we should not deprive those we help of it.

It is a serious thing to live in a society of possible gods and goddesses, to remember that the dullest and most uninteresting person you talk to may one day be a creature which, if you saw it now, you would be strongly tempted to worship...It is in the light of these overwhelming possibilities, it is with the awe and circumspection proper to them, that we should conduct all our dealings with one another, all friendships, all loves, all play, all politics. There are no ordinary people. You have never talked to a mere mortal...Next to the Blessed Sacrament itself, your neighbor is the holiest object presented to your senses. - C.S. Lewis [9]