Here is another post at Worlds Without End entitled "St. Patrick and the Persecution Complex." Borrowing from an older post of mine, I use St. Patrick as a catalyst (and example) for a discussion on the history of racism, 19th-century claims regarding the race of polygamous Mormons, and Mormonism's excellent position via past experience by which to build bridges. Check it out.

And with that, let's crank up St. Patrick's Day with some Dropkick Murphys.

Behavioral scientist and economist Herbert Gintis has an extensive list of Amazon reviews (he even links to it on his personal website), all of which are highly informative. While browsing through them, I came across his review of A Universe From Nothing: Why There Is Something Rather Than Nothing by physicist Lawrence Krauss (a subject Krauss has lectured about for the past several years).

The review is quite positive (4 of 5 stars), but the conclusion really caught my attention:
﻿
Here is Krauss's main point: "Including the effects of gravity in thinking about the universe allows objects to have... "negative" as well as "positive" energy....gravity can start out with an empty universe---and end up with a filled one." (p.99) This is because the conservation of energy allows for offsetting positive and negative energy. This seems like nothing new to me, and hardly a revelation. Electron-positron pairs are created from nothing and can go their own ways, so matter can be created from nothing.

This is where Krauss's theology/metaphysics comes in. Because the universe could have been created from nothing (quantum fluctuation, empty space), there is no need to posit a Creator. But, the theologian will ask, who created the rules according to which the Big Bang was regulated? Krauss has no answer, except to say (a) there might be lots of different rules for different universes, and (b) if you are going to posit an eternal preexisting Creator, you are no better off than simply positing the eternal and preexisting laws of physics. But Krauss is wrong. When one posits a Creator, one is admitting that one's knowledge has limits, and there are higher orders of knowledge that are inaccessible to mere human intellect. We do not know anything about the realms of being of the Creator or Creators, but we believe they must exist beyond the limits of our understanding. Our reason for believing this is that we experience possessing forms of knowledge inaccessible to other species (amoebae, mushrooms, field mice, Capuchin monkeys, German Shepards, chimpanzees, and such). It would be completely arbitrary to claim there is no realm of intellect beyond ours. Simply positing the eternality of the laws of physics is, in comparison, an unsatisfying alternative.

Here is Krauss's faith: "Without science, everything is a miracle. With science, there remains the possibility that nothing is." (p. 183) I maintain that this is very likely incorrect, and hardly the basis for a firm metaphysics.


Philosophers like Edward Feser have addressed Krauss' (and others) misunderstanding of classical theism and the metaphysics of Aristotle and Aquinas,[1] yet tripe like "who created the Creator?" or "I believe in one less god" still persist. The problem is not that these skeptics disagree with classical theism (Mormons do in notable ways and the skeptics' arguments probably have more power against a physical God),[2] but that they do not even understand the classical theist arguments. Unfortunately, the religious and non-religious alike often do not. With the recent controversy over distinguished philosopher of mind Thomas Nagel's criticism of neo-Darwinist reductionism, the above is a refreshing insight from one who studies the evolution of human cognition and behavior.[3] Human limitation is a great reason for intellectual humility.

*From The Mothman Prophecies (Lakeshore Entertainment, 2002).

The grandfather of my good friend Sean passed away last week after struggling with cancer, including surgery. I had the privilege of meeting him only a handful of times (I was even invited to give him a priesthood blessing, despite the family not being Mormon). He led an fascinating life in broadcast television. The following is from his obituary:

[Wilbur] Earl [Goodrick II] was a pioneer in broadcast television. He directed the Jack LeLanne Show, the Porter Wagner Show, The Jimmy Dean Show, and many others. Earl set industry standards in "Lighting for Color," "Multiple Camera Switching," and incorporating music into television production. Earl won the Milwaukee Press Award for his inspirational documentary "Paul, a Day in the Life of" where he told the story of a small boy named Paul whose life was saved by a local surgeon who removed a giant brain aneurism from the boy's brain. This was a true tale of hope and inspiration for millions.

When Earl's son Steve (my friend's dad) asked him how he felt about not winning an Emmy for his documentary Paul, a Day in the Life Of, he simply answered, "I've already got an Emmy" (the nickname for his wife Emma, whom he adored). He also was a key player in the creation of World Class Champion Wrestling. And let's not forget his role as Ranger #1 in the TV series Walker Texas Ranger.

The funeral had a beautiful eulogy and video by his son Steve. The preacher even came close to making a "weeping God" claim. What was perhaps most touching, however, was something that probably went somewhat unnoticed by most: the pre-funeral music. A few days prior to the funeral, Sean texted me about potential song candidates for a funeral playlist. We had a limited conversation about the taste, lyrics, and meaning that should be behind these songs. I provided what help I could, but ultimately it fell on Sean.

While at the funeral, I asked his girlfriend how he had been the past few days since I hadn't been able to see him. She made mention that she thought the making of the music list had been very helpful. In a sense, the music had been a partial healing process. His list included "Let It Be" by The Beatles, "Life Without You" by Stevie Ray Vaughn, and even "A Little Fall of Rain" from Les Miserables.

However, two songs really stood out to me. Soon after I arrived, Sean said to me, "I found that song from Cool Hand Luke." I smiled. He didn't have to explain what song he meant.


I find it interesting that after "mocking God" so to speak, Luke chooses the song "Plastic Jesus" to mourn his mother's death: a song that in turn mocks those who cheapen religion with kitsch and the like. In my view, Luke's song choice is somewhat repentant (he comes to an "understanding" with God later in an abandoned church house, in which Luke discovers that both of them are "hard cases"). The preacher at the funeral explained that the death of a loved one can be a time of reflection and an opportunity to re-prioritize our lives. Given Earl's successful, yet family-centered life (his son Steve opined that if Earl had not put family first, he would have been a household name), reflection, re-prioritization, and repentance may be the best way to remember him and follow his example.

The second song was more subtle, given that it was instrumental: Danny Elfman's "Finale" from the film Big Fish.


Big Fish holds sentimental value for Sean particularly, considering we are Tim Burton fans and this was by far his most touching work to date. But given that this music accompanied the funeral of a beloved, imaginative father and grandfather in the film, it was fitting. What made it even more so was the story shared later in the funeral by Sean's sister Katy. She chuckled as she remembered how her grandfather would tell her and the other grandkids elaborate stories. Being so extravagant, they often had to look to their grandmother for a sign as to whether the story was true or if Earl had taken some creative liberties. I laughed as she shared her memories, but was truly touched as I thought back to Sean's song choice and the parallels between real life and film.

Sean and I have shared a love of music and movies since we met at the tail end of sophomore year in high school. The majority of the concerts I’ve seen were seen with him, including Metallica w/Godsmack, Styx (twice, once with Peter Frampton), Megadeth & Dream Theater, Rush, and Paul McCartney. The majority of the movies I’ve seen in theaters over the past decade were with him as well (even the recent Django Unchained and Skyfall were seen with him). While we are music nerds (and guitar players to boot), we are probably bigger movie nerds. Senior year of high school consisted of skipping track (our last class) and seeing new movies or, at the very least, enjoying selected portions of Tarantino’s Pulp Fiction at Sean’s house. The Oscars became a sacred ceremony; a media Sabbath if you will. Years ago, I bought two copies of 1001 Movies You Must See Before You Die: one for me and one for him. We even used to give movies letter grades, arguing and reasoning over them. Because of this history, I knew the kind of impact films had on Sean as I listened to the above songs. Drawing on the work of anthropologist Clifford Geertz,[1] religious scholar John Lyden establishes the five aspects of religion: "1) a set of symbols which acts to 2) establish powerful, pervasive and long-lasting moods and motivations in men by 3) formulating conceptions of a general order of existence and 4) clothing these conceptions with such an aura of factuality that 5) the moods and motivations seem uniquely realistic."[2] Films often provide narratives in which we can reflect both on how the world is and how it ought to be. The "escape" most moviegoers speak of is that sense of orderly existence provided by films. People discuss, praise, and criticize films, sometimes more than weightier subjects like religion or politics. Theaters can often act as quasi-temples, in which audience members are initiated into "a sense of reality in a darkened room with an enlarged screen that encompasses all attention." Here, they "laugh, cry, scream, or applaud enough to invite one to join in the communal experience of enjoying the film."[3] This participation begins to take on the form of more ancient ritualized dramas. Movie dialogue becomes a mode of communication (inside jokes) with the "initiated." In Lyden's view, a film becomes a kind of religious "text" and our viewing a type of ritual.

I identify strongly with this view, which is why I am skeptical of the stigma against R-rated movies in Mormon culture.[4] Film and music have been an integral part of my friend's life. Their importance came to light in his most vulnerable moment. While Mormons may be used to funerals accompanied by hymns and talks by bishops or stake presidents, there is always room for what Krister Stendahl called "holy envy." In this case, I had holy envy for the warmth and personality found in my friend's playlist. It turned out to be, to borrow from Newman's Luke, a real cool hand. The music became a shared experience of memories for me, Sean, and his grandfather. And in that shared experience, I hope my friend found some solace.

D. Morgan Davis, the director of BYU's Middle Eastern Texts Initiative, had a guest post at By Common Consent titled "The Merits of Divine Responsibility." I'm not going to add to it, but I wanted to provide some of the most enlightening aspects of the post itself as well as some of the comments (which go along with my latest WWE post). 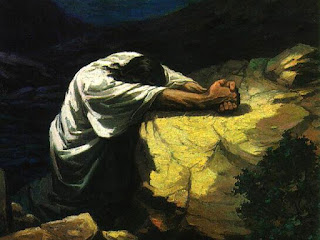 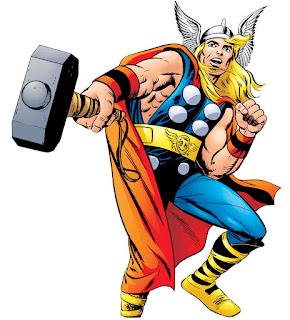