businesses invest the vast bulk of their profits in capital goods that make labor more productive...[Different] kinds of machinery can multiply the efficiency of a single worker many times over, sometimes by orders of magnitude...This is how wealth is created: we can produce more with the same (or a lesser) amount of labor...As a result of capital investment, firms can now produce many, many times more goods than before, and at considerably lower cost. Thanks to the pressures of market competition, firms pass on these cost cuts to consumers in the form of lower prices, better quality merchandise, or a combination of both. The ordinary person's standard of living increases...because business firms can invest in machinery that makes it possible for more and more goods to be produced with fewer and fewer hands, thereby increasing the overall amount of material goods available and rendering them less and less expensive.[1] 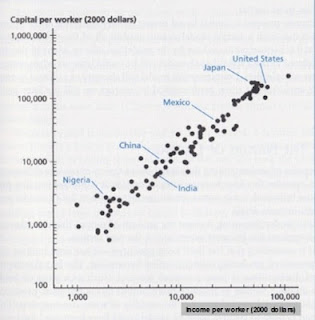 In other words, corporations are still people and corporate taxes do impact them.